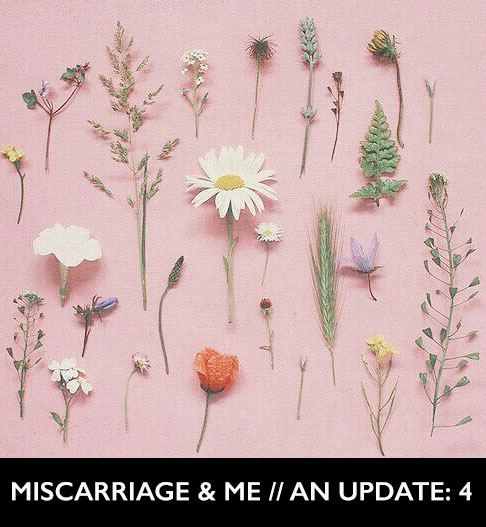 It’s been a little while since I mentioned our Miscarriage. 160 days, in fact, since my last post on here about it all. Because you don’t need me to tell you, life just has to move along. Especially when you have an Eli to look after too (!)

Since the end of the miscarriage, so much has happened. I’ve had the most spontaneous evening with Harry Styles, The Retreat, Bonfire Night, Christmas, New Year (fresh slate),  proposed move to Manchester (happening sometime, SOON!), followed by a stay in Manchester Royal Hospital (James, after a visit to A&E), a birthday surprise for my Papa and Mother’s Day. But here we are, almost half way into March. A month I’ve been desperately trying to not think about. But it’s here now and I have to face up to it. So by bashing this all out on the keyboard, I’m hoping I can get some kind of cathartic release.

So March. What’s the significance?

Well, my due date would have been, TODAY, 15th March.

So I knew that, at some point in March, whether that baby came early, or today, or indeed like their Big Brother, Eli, and arrived super late –  we had prepared that to have a brand new baba, in March. Today our arms are empty.

But obviously, this is not the case. This isn’t what’s happening this March, at least.

Today, I’ve had messages of love and support and care and its been so nice. I’ve had the head tilt, which has cheered me up without anyone even realising (a la Richard in Friends, see my reference, here) (SIDE NOTE // does anyone else live their days through quotes from FRIENDS? I can’t think of a day when I didn’t reference it at least!)

How have I been?

I confronted my inner thoughts last week, which involved a whole lot of sobbing my heart out – and vocalising exactly I’m how feeling. I’d bottled it up, probably since November. It feels better to share – even if the other person doesn’t say anything at all – just sharing, feels so good. Though, the only person getting the brunt of it all at the minute, is poor James. And of course, he feels all the feels too.  A baby, our new baby, could have been in his arms, too, making him a parent all over again.

I didn’t have a follow up after my ERPC, I didn’t actually even speak to my GP about the trauma we’d been through. (Should I have? Should I have been sent an invitation for a follow up appointment of some kind? What happens in your local authority? ). I feel like maybe the grief is only just hitting me now – perhaps because when the due date has been and gone, then it all becomes real and in turn, gives us some kind of closure. Because that’s the end of the life-cycle, as it were. If that makes any sense at all. This all got me thinking, I have nothing physical to ‘show’ for my loss. So I contacted PALS at Broomfield Hospital, to see if I could access my medical records, notes, multiple scan imagery. See if there is any ounce of explanation following my ERPC (and the subsequent investigation that was to allegedly follow).  I kept my eyes firmly closed for a lot of the scans and procedures – willing it to be over. Anything any specialist pointed out or illustrated on the screen was a blur and didn’t register with me. Apparently I should have been offered copies of my scans – I’m now wondering if this also would have helped mark our loss and support our grieving process. Also, you can also ask (or may be offered) a Certification –  according to The Miscarriage Association,  this is a kind of ‘ death certificate’. For some parents, the sadness of pregnancy loss before 24 weeks is increased by the fact that there is no documentation that acknowledges the loss of their baby.  We recommend that NHS trusts create and offer some form of certification for parents who would like this. Tim Loughton MP has recently tabled a Private Member’s Bill which includes a request for a report on whether the law ought to be changed either to allow the registration of pre-24 week pregnancy losses (so it’s a personal choice) or to require it (so it is a legal requirement). The Miscarriage Association ran a survey on this to collate personal views – more details on this can be found, here.  The PALS team at Broomfield got in touch with a really lovely email – which was followed up by a call today from the Matron of Gynaecology. She’s invited us into the hospital to go through my notes and any questions / concerns, with my consultant (who was also the consultant we had for when I was pregnant with Eli), Miss Joshi. I was taken aback by the phone call and became quite emotional with the Matron. The kindness of strangers will never cease to amaze me.

To our Baby Briston-Hill (PRAWNER #2), you never did arrive in our arms – but you will be forever in my heart. I will live in wonder of who you would have been  – you’ll always be my favourite what if? my little darling.

Thank you for reading thus far; and thank you for the bags of support and love we’ve received. It means the world 🖤 Eli is going to be the BEST big brother (EVER) when it happens. And not a single one of us can wait. As the wonderful mind that was Professor Stephen Hawking, so perfectly put it,

“Remember to look up at the stars and not down at your feet. Try to make sense of what you see and wonder about what makes the universe exist. Be curious. And however difficult life may seem, there is always something you can do and succeed at. It matters that you don’t just give up.”

So this is what we’ll do.

Donate:
You can donate directly to The Miscarriage Association, from my FACEBOOK PAGE, HERE.

My Max - King of all The Wild Things 👑 - Genuin

The little wildling, in her favourite of all the w