We did another TWO pregnancy tests, just to be sure. And sure enough, all three tests came back positive. We’re so delighted I can’t even tell you. Albeit, I do feel very surreal and not very pregnant? I’m sure I’ll absolutely eat those words later into the pregnancy however!

So without further ado, I wanted to get all of the dates in place!

According to my charts, my LMP was indeed the ‘strange’ one beginning on 20th October. So as per my LMP, I calculate the below notable dates. We were intimate on 1st November, 3rd November, 4th November and 6th November; then my DP went on a business trip with work. So the Conception date of 3rd November rings about right!

So this all makes me around 4 weeks and 6 days pregnant. All in all, we were TTC for around 2-3 months… I know it felt like forever, but we’re really very lucky.

Next thing to think about is organising a trip to the doctors to register my pregnancy and of course, telling our parents the amazing news! Which might actually happen sooner than we thought it might… we have a trip to the motherland planned, TOMORROW!

Did another pregnancy test this morning – this time with Superdrug’s ‘First Response’ test, and got what I would call a faint, but very positive line.  Because you can’t be a little bit pregnant, right?! We’re both ABSOLUTELY ecstatic! And can’t quite believe it to be honest. But it just shows you, my body wasn’t playing tricks on me after all! Couldn’t help but take a picture 🙂

Will be back with some more updates shortly!

[EDIT] Just wanted to add that prior to my positive result I had woken up with a stuffy nose and had a BBT of 36.76c.

I just had to write a post on the pregnancy ‘rumours’ circulating the lovely Jessica Simpson. Now, I have done A LOT of pregnancy research in the past 2 years leading up to TTC… I am by no means an expert, but Jeez Louise, Jessica Simpson has definitely got a bun in her oven! A six month bun by all rumour accounts. But why is she keeping mum about it? She looks positively glowing – she looks REALLY well. Part of me thinks, well, it’s nobodies business really… but then again, it’s so obvious she’s pregnant, and quite far along in her pregnancy, so why the ridiculous oversized bags in front of her tummy? Maybe she’s uncomfortable with the way she looks? Maybe the pregnancy wasn’t planned? Maybe (probably) she’s waiting for a highly lucrative magazine deal. Who knows!

I’ve had a great time watching Jessica’s recent ‘maternity’ outfits – don’t think she can hide behind those massive handbags for much longer though! Take a look at her recent outfits below:

Since my previous ‘Is my body playing tricks on me?’ post, I have more bodily confusion! I had the strange period… this lasted 6 days. I had dark, dark brown discharge. It was a very, very light flow. This was also accompanied by what I would say was ‘prune juice’, and spits and spots of pinkish blood. I had absolutely zero pain – I can’t emphasise this enough, as I’m usually in AGONY!

On Monday I awoke with a sour taste in my mouth – so I brushed my teeth straight away. I could still taste this awful bitter taste… I used mouth wash and chewed gum on the commute to work. Could not get rid of it. Then it dawned on me… this *must* but that ‘metallic taste’ that women complain of! Hurrah, I *must* be pregnant. MUST be. I ate chewing gum all day. Still had this taste. It just did not go. I woke up yesterday morning and JUST LIKE THAT, the taste had gone. It was as though I imagined it. The discharge was also gone, nothing overnight.

I did another pregnancy test this morning. Yet again, another BFN. I just don’t understand. How can I feel THIS pregnant and not actually be pregnant? My boobs are at least a cup size bigger, I also have a really dark blue vein cutting across my entire left breast, finishing at the nipple. My tummy is rounded and hard. Could it be possible that the hormones just aren’t strong enough for a cheapie HPT? Or IS MY BODY PLAYING TRICKS ON ME?!

Anyone else experienced this? It’s driving me crazy!!

Since I was about 16, I’ve had extremely regular periods – 28 day cycle with A LOT of pain. To the point where on occasion, I have thrown up due to the tremendous amount of pain I’ve experienced. I normally battle my period pains with Feminax Ultra. My periods are generally on the heavier side, lasting 5 days. LIKE CLOCKWORK.

At the beginning of this cycle, at the start of this month, I experienced nausea, exhaustion, dizziness, (massive) clumsiness, headaches, joint aches… and oddly, stomach cramps; like period style cramps. On the 11th of the month, I had really bad wrist pain – it came out of nowhere, followed by (and I apologise for TMI) one big thick streak of mucus lined with dark brown blood. This has never ever happened before. So we did a pregnancy test on the morning of the 12th – it was a BFN. All the wild ‘pregnancy’ style symptoms subsided about a week or so ago… Period was due on 20th of the month.

On the morning of period due date I had some brown discharge when I wiped… kind of like the end of a period. Then NOTHING again until the next morning. I’m now on day 4 of my period; STILL I have the brown discharge. It’s infrequent and only really when I wipe. This is the even stranger thing though, I have absolutely ZERO pain. Nothing. No discomfort. The discharge is extremely light in flow, but very dark brown in colour.

After doing a little bit of forum research I’ve since found out that dark brown blood usually means ‘old blood’ and would circumstantially insinuate ‘implantation bleeding‘.

So I’m just going to have to see what happens! I just can’t believe I have no cramping or anything. I feel so weird – just hoping that my body isn’t playing tricks on me!!

Just wanted to go back on the original ‘Excuses for not drinking’ post. I took another Mumsnetter’s advice and pursued the Tonic water with ice and lemon route for my several social events this week. It worked a treat! Nobody even battered an eyelid. Perfect!

Here are some of the other suggestions put forward on my post:

When I found out I was pregnant I said I’d been having migraines so needed to rule out causes – worked for alcohol and caffeine.

Be the driver? It’s the other unquestionable excuse for not drinking on a night out!

At work dos I always walked around with a glass of wine and waved it around, pretended to sip it but never actually drank any. This worked even at dinner – it’s amazing how little people noticed!

At bars I ordered tonic water and asked for ice and lemon so it looked like a g+t.

There was one last time I had quite an aggressive dental infection. Dentist told me not to even risk a sip, as it can cause severe vomming.

I’ve got a big run/bikram yoga in the morning
I’ve got a nasty bout of cystitis – this shuts people up!
I’m on a detox
I’m driving
Ive got a big drive the next morning
I’ve got an important work meeting the next day
I have one half pint of something at the start of the night. Often no one asks after I’ve been seen with that. Usually give it to dh. Difficult if rounds are going.
I’ve got a cracking hangover.

I wish you all the best ttc. But if it does take a while, a glass of wine or two a week would be fine, in my humble opinion.

So with what Whereismywine says in her last sentence, what you think of one or two glasses of wine while TTC or PG? 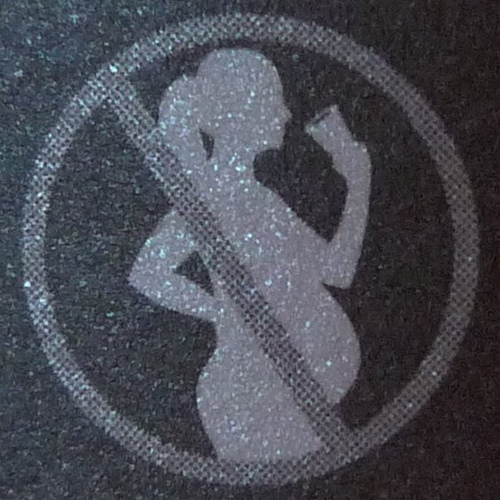 I stopped drinking several weeks ago in order to be the healthiest I can be; as myself and DP had planned to begin TTC. We’ve now began the exhausting journey of trying to conceive. The giving up drinking thing was fine because we didn’t really have any social events planned and had kind of slowed down on the red wine at home already. When we had been for meals with friends (we have the same circle of friends luckily) recently, we’d been quite open about our plans… but work friends are a little bit different. I have a work friend’s birthday party tonight, another party tomorrow, a meal with work colleagues next week – aswell as a conference with evening ball! There will be lots of wine and champagne flowing, and in attendance will be my boss, with whom I get on with, but obviously wouldn’t want to find out I’m TTC for fear of work complications.

So not only is it a busy week – but a lot of time spent with work colleagues and alcohol. Which would also be fine if I wasn’t renowned for being a little bit of a red wine lover! How have you ladies gotten around the not drinking thing? Any useful hints and tips? Or even excuses? My DP will be attending the party tonight and tomorrow and won’t be drinking either – stressbox!

This week I went to my GP for a number of things, one of the main reasons was to discuss pre-conception and to make my GP aware that I was embarking on the journey to conception.

My GP wasn’t great and made me feel like I was massively wasting her time… I asked if I should be referred for pre-conception immunisations. She replied with a stark “You’re in your late 20’s, you won’t need any”. THANKS.

I then asked if there was anything else I should be doing or taking. She just shrugged! Couldn’t believe it! I said I was already taking Folic Acid and Vitamin D, as per advice from my previous GP. She then said I shouldn’t be taking Vitamin D just yet… Is this true? It’s not like we’ve had much in the way of sunshine recently.

What was your experience pre-conception like? Did you take anything additional to Vitamin D or Folic Acid? Keen to hear your insights.

I took my final pill on Sunday… which is very exciting! I just wondered however, how long did you allow for the Pill to leave your system before trying to conceive? I’ve heard and read anything from 2 weeks to 8 months!

Let me know your thoughts!

Can anyone recommend first-Walker wellies please?

Wow this week has been brutal 🤯 I’m breaking

Spent a chunk time watching @bbcbitesize on my own