“IT’S NOT A REINVENTION, BUT RATHER AN INTERVENTION”

It’s been a long time coming. I’ve gone to change my username on here a dozen times or more, and “chickened out”. You see, @instagram was the only remaining social channel that I used JUDY PINK as my username. So many people knew me IRL as such, it always felt tricky to change it! While I’m sad to say goodbye to Judy Pink, this isn’t a reinvention but rather an intervention. Today I am, just me.

I thought I better introduce myself – my *actual* name is Claire👋🏻

I’m thirty something and 5 foot nothing. I’m from the North East and (somewhat proudly) reside in the North West🐝  Mama to two and a half-wife of 16 years to another. I’ve recently taken to sewing – I have no idea either – but it’s keeping me sane during this weird time 🤷‍♀️

So there we have it. Judy Pink is officially no more. And I’m, just me. 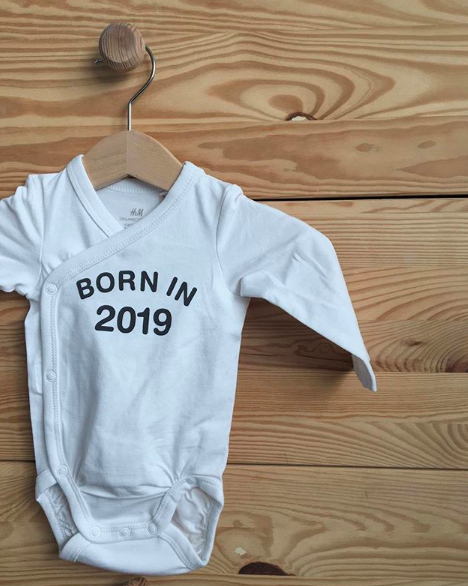 We bought this “Born in 2019” body suit ahead of Edie arriving. In fact, it was the very first item of baby clothing I did buy.  I’m not keen on kids clothing, adorned with cartoons and the like. We prefer to keep slogans understated and to a minimum – so this baby grow celebrating Edie’s year of birth was spot on! 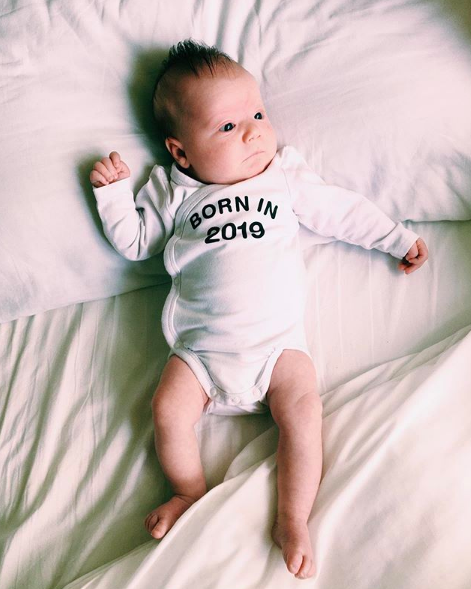 Part of the H&M CONSCIOUS collection, this body suit was just £3.99 and will make for a lovely memento. The actual body suit on its own has now sold out, but you can buy a similar body suit as part of a cute 3-piece set:

CONSCIOUS. Long-sleeved bodysuit, a pair of trousers and accessory in soft organic cotton jersey. Bodysuit with press-studs at the crotch. Trousers with wide fold-over ribbing at the waist.

If you’re looking for a gift for a newborn, this would be perfect. 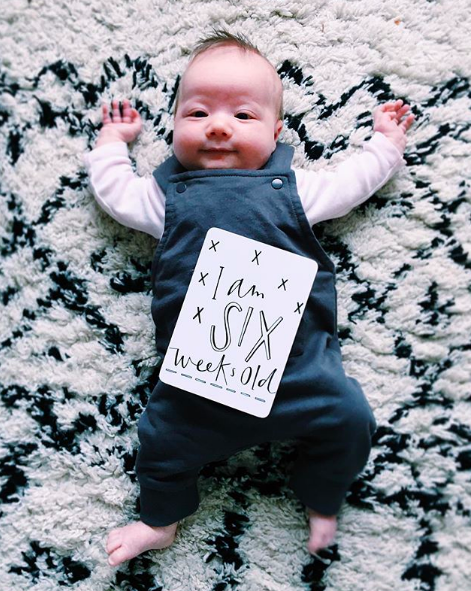 Edie has worn this body suit a few times – it works well with those comfy little leggings and with a pair of dungarees too. We have this one, also from the H&M CONSCIOUS collection, in a few colours. Above, Edie is wearing the Dark Grey version.

CONSCIOUS. Dungarees in sweatshirt fabric made from soft organic cotton. Straps with press-studs, a kangaroo pocket and ribbing at the hems. Soft brushed inside. 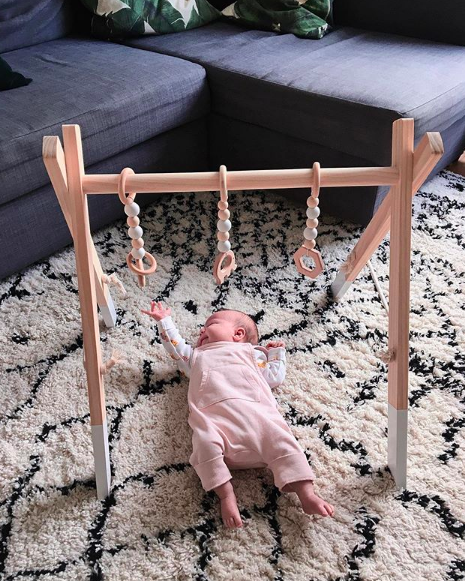 All of these clothing pieces have washed really well and I’m so happy with the cost-per-wear too – as we all know, babies grow at alarming rate! 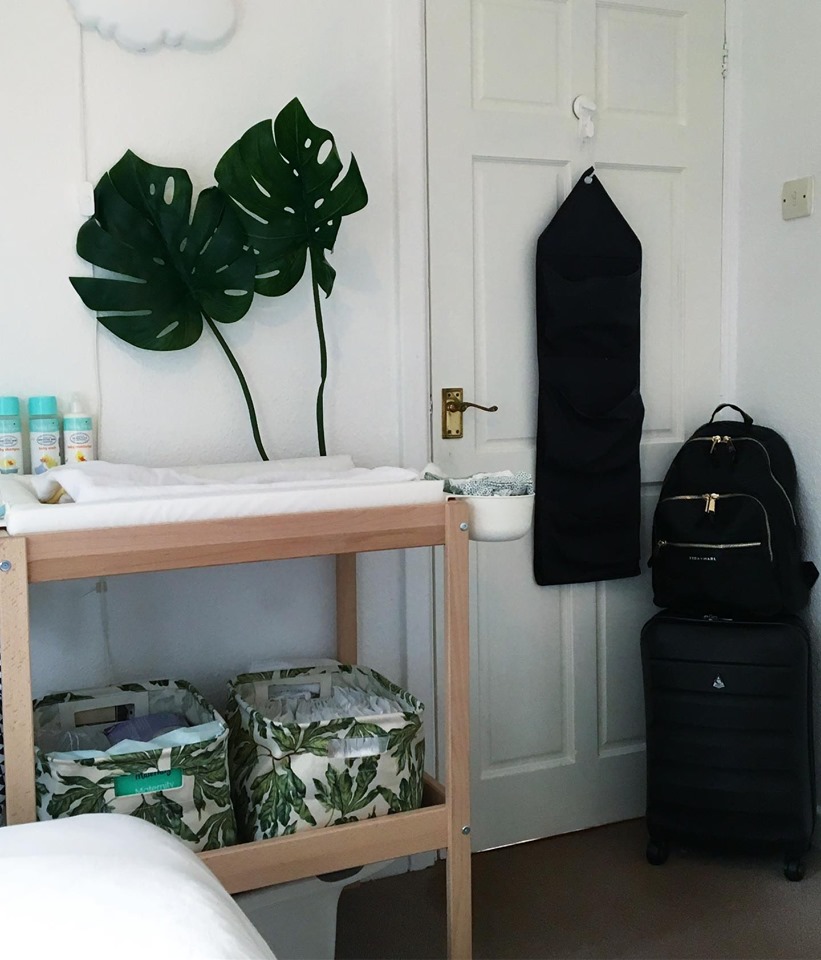 So last time I packed my hospital bag for labour, I packed WAY TOO MUCH. We ended up taking a medium sized suitcase, a bag for me, the changing bag, a bag for James AND a bag full of food and drinks and snacks. We didn’t even open the suitcase during labour and James could have done without a bag, I could have done without a bag and I’m SO GLAD we have a PROPER changing bag* this time around (its mega organised).

*Kindly #gifted by the wonder women at Tiba + Marl

If you’re feeling nostalgic, you can see a bit of that nonsense here >>> I’VE FINALLY DONE IT! HOSPITAL BAG(S) ARE PACKED!

Don’t get me wrong, you do NEED to take a lot of STUFF into hospital with you, if thats where you’re choosing to birth your baby, of course! If you’re opting for a home-birth, then:

So here we go, a list for the Mama, a list for the Baba and a list for your birth partner – plus a list of things that are good to have sorted and at hand for when the time comes. I’ll add in links for you to quick shop where possible too! 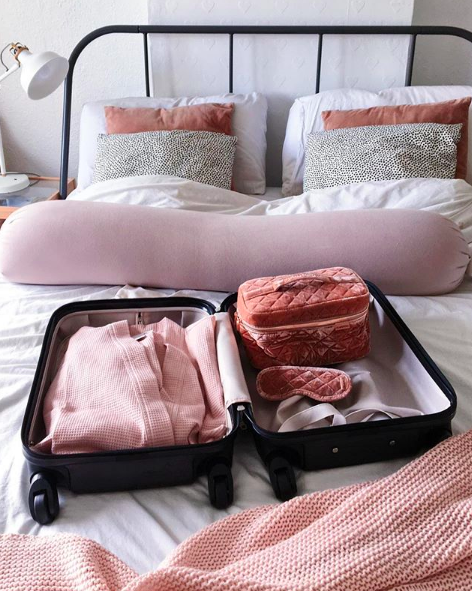 To have packed in suitcase //

**DO NOT USE CLARY SAGE OIL BEFORE 37 WEEKS OF PREGNANCY.

Other items for consideration //

To have ready to hand //

Is there anything I’m missing from above, that might prove absolutely essential for you during labour or afterwards? Comment below or send me a message and I’ll get it added in!

For ease – you can check my most favourite essentials out via the SHOP, here>>> HOSPITAL BAG

For clarity, this is not a sponsored or paid post – but does contain some Affiliate links. I was also kindly #gifted a few items, as highlighted above – this was not in exchange for payment or a post. They’re just damn lovely and generous women!

I only shout about items that I genuinely believe in however, so be safe in the knowledge that I’m in love with these essential baby items! 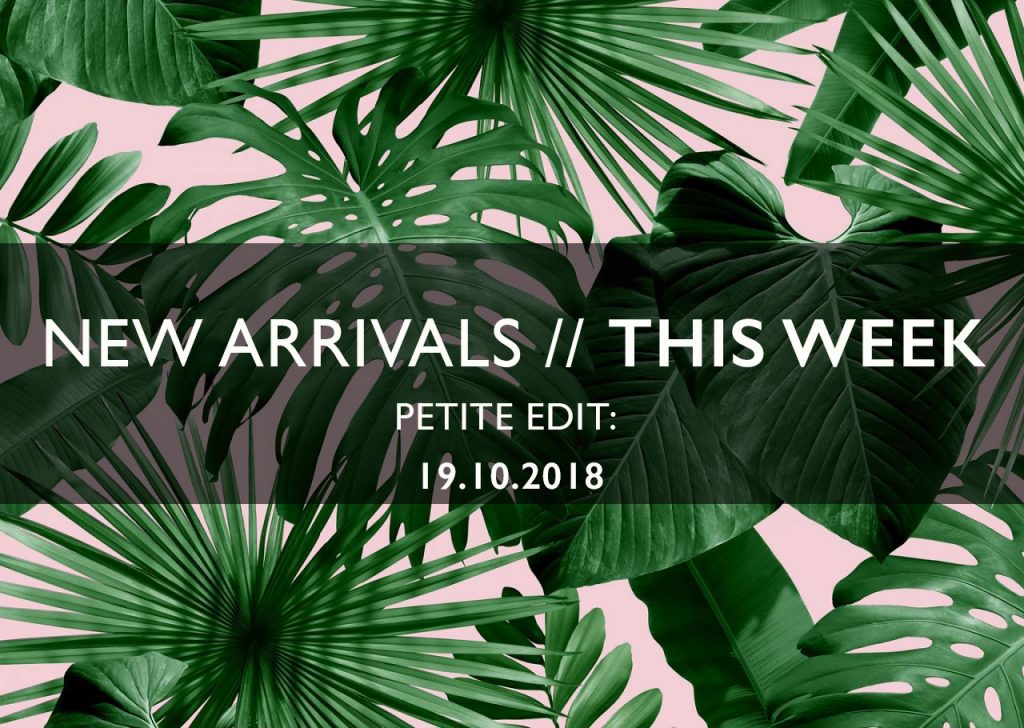 Hello all and Merry FRIDAY. It’s been quite a week. A lot of tiredness and all the emotions. But here we are on the brink of the weekend, we just about made it!

So let’s get going with this week’s round-up of PETITE New Arrivals that have hit the Online Stores this week. I do this every Friday, just in time for the weekend – though, , as we all know, online shopping definitely isn’t limited to the weekend! All items are available online, at time of publishing this post.

Let me know if you see something you like! And don’t forget to tag me in any shots of your purchases – tag me @judypink and use the hashtag #NeverConciseShopping

Off the back of my THIS IS ME blog post, I will now be mainly focussing on Petite styles for my blog. Going forward, I feel like this is most relevant to me and what I would WEAR. Being mid-size and petite is really difficult – so if I can find some styles that would suit my stature, then I hope they give you some inspiration too! I want to be completely honest in my focus and I really think embracing my “mid size, size” is the way to go forwards!

Have a great weekend!

It’s no secret, Mr Eli quite literally lives and breathes Dinosaurs. Some of that love is potentially down to us as his parents – we did encourage it from before he was even born; you know, the dinosaur prints here and there, the odd toy figure, a couple of books, DVD’s… (and had even meticulously planned that first trip to the Natural History Museum for when he was JUST the right age, of course. And, incidentally, it was the “BEST DAY EVER!” when we took him for his 3rd birthday). He was destined to be our little Science Boy. THANKFULLY, Eli is fully appreciative of our efforts and is 110% fully immersed and committed. If he’s not acting his role as Chief Explorer then he’s THE dinosaur that’s being searched for. (It’s sometimes difficult to distinguish between the two roles… and sometimes, just for laughs, he merges them into one, to keep me on my toes!).

Eli did have a dinosaur onesie from his Auntie, but he outgrew it a little while ago and I’ve looked for something similar since. I couldn’t believe my luck when I stumbled across this gem in H&M at Alexanderplatz before Christmas. It was under the tree waiting for him on the big day… but looked massive. The sizing is quite broad, I’d bought a size 2-4 years. So, I whacked it in his wardrobe shortly after Christmas and expected we’d get it out again during Summer at some point. Yesterday he’d retrieved it himself and brought it over to me, whispering “Mummy, I think this is a real dinosaur!”. We tried it on, et voilà, it looked wicked! Eli was indeed instantly transformed to REAL DINOSAUR status – complete with sound effects and some pretty scary actions!

PRO’s: So, its a great price for a play-costume. The detailing is brilliant – especially the detachable padded tail and golden spiked spine. The print is spot on and kind of shimmers. It’s flowing and comfy – slight elasticated hems and a zip cover at neckline. Machine washable at 30c.

CON’s: It makes Eli sweat – its that sort of sweaty polyester material; could have done with being lined.

We’re properly chuffed with this outfit and know we’ll get LOADS of wear out of it. And I think he makes a pretty cool REAL DINOSAUR!

You can shop this natty little number on the following sites: UK and DE.

It recently came to my attention, whilst shopping at Bluewater shopping centre, that there was A LOT of leather going on. I’ve always been partial to a leather jacket, but never EVER dared to wear a leather pair of trousers or even a skirt for instance. But whilst browsing the fixtures, I became really rather drawn into the leather pencil skirts on display. Could I ACTUALLY like a leather skirt? Could I ACTUALLY pull one off? I’m not so sure about the latter, but I do indeed have a penchant for a leather skirt! I don’t think there’s any way to possibly escape them either – leather skirts are in for A/W 13.  So here are my pick of the best skirts I’ve found, that are available online right now!

Straight Leather Midi Skirt, Navy Blue – £79.99 from Zara.
I absolutely LOVE this petrol-blue colour. I think  this piece would work so well in your Autumnal wardrobe.

Split Lucille Leather Skirt, Oxblood – £198.00 from AllSaints.com
I WISH I was brave enough to wear this amazing skirt. LOVE the Oxblood colourway. This is definitely a skirt that does the talking, so less is more when it comes to your accessories.

Whistles Suzie Leather Pencil Skirt, Black – £95.00 from John Lewis
Ah the classic black leather skirt. Screams Parisian chic more than biker chic – and that is why I like it; although I don’t see why you couldn’t toughen this style up with biker details on your footwear or jacket!

Metallic Leather Skirt, Gold – £79.99 from Zara.
Now this is my ‘fruity’ option. It’s a pretty jazzy skirt by all accounts, but I really think it works with the crisp white blouse and ankle boots.

Urban Code Leather Pencil Skirt, Forest Green – RRP £150, NOW £90 (save 40%) from ASOS.com
How beautiful is this green colourway? The perfect hue for any A/W wardrobe – and even better with the 40% off! Cheers ASOS!

You can find the best of the rest on my massive Pinterest board >>> Skirting the issue | The Leather Skirt. Featuring styles from the likes of Selfridges, Marks and Spencer, H&M, Miss Selfridge, Next, Designers at Debenhams and many more…

BRRR! It’s getting chilly out there!  Here are my favourite cosy jumpers for your little boy (or girl!), that are available online, NOW!

Every Sunday I will bring you my Maternity clothing recommendations that are available online (and in some stores!). My Top Five styles this week are…

2-in-1 camisole and striped cardigan, £29.50.
Click here to purchase at MarksandSpencer.com

Peach Chino, £16.99. Button up waist with elasticated side inserts.
Click here to purchase at NewLook.co.uk